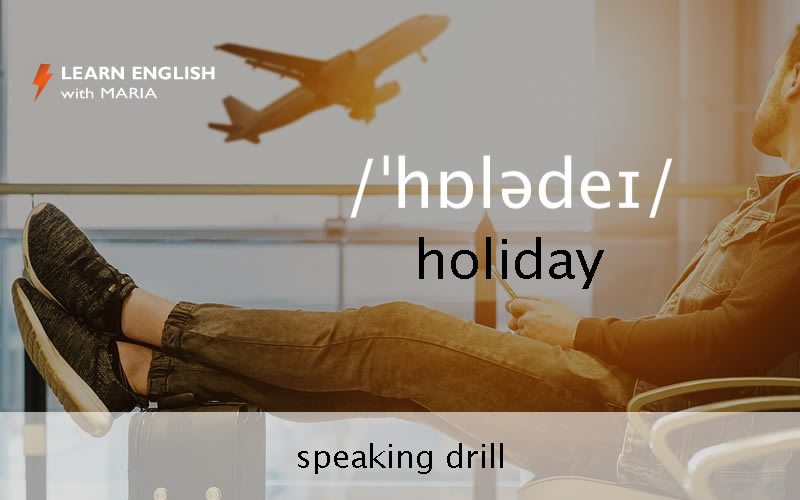 We’re now going to do a speaking drill to practise saying the /ə/ sound in words with the vowel I.

Before moving on to the next flashcard, say each word out loud a couple of times along with the recording. There are three flashcards in this drill.

Before we move on to “Mistake 4: the letter O & the /ə/“, let’s listen again to the magical sentence we heard in the Overview.

Play it a couple of times. Are you starting to notice more /ə/ sounds?

Let’s move on to Mistake 4

Now that you’ve done the speaking drill a couple of times, let’s move on to the next lesson, “Mistake 4: the letter O & the /ə/”.